Wave Genetics - the Ultimate Biohack for health and anti-aging 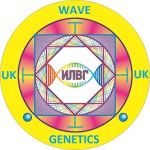 In a preliminary experiment, the precedent for quantum regeneration of a dog's tooth was demonstrated.   Regeneration was carried out a special laser technology, based on an expanded understanding of the principles of genetic coding. One of these principles postulates the existence of quantum equivalents of working genes [4]. This is verified experimentally [5]. Multipotent stromal stem cells (ITCs) from human bone marrow were irradiated using a laser with the field information catured from a human tooth germ cell, and injected into a tooth extraction region of a dog's upper right jaw. The control area comprised the symmetrical tooth extraction site of the left upper jaw which was not treated. To summarise the work - it was an attempt to regenerate the dog's teeth using the method of a new direction in biology – linguistic wave genetics [1, 2]. This work should be considered a preliminary attempt, to be continued. Recently, similar experimental work on the regeneration of diabetic foot was done [3].

PREPARATION OF THE STEM CELLS.

For transplantation, multipotent mesenchymal stromal cells, isolated from human bone marrow were harvested . The bone marrow cell suspension was diluted with PBS Dulbecco (DPBS), (“Gibco”) 1:2, layered on Histopaque gradient density 1.077 (“Sigma”), centrifuged for 30 min at 600g, mononuclear interphase then collected into centrifuge tubes rings (“Corning”), washed by centrifugation in excess of DPBS, the resulting cell pellet was resuspended in culture medium and plated in culture flasks (“Corning”, 25 cm2), transferred to a cell incubator at a constant temperature of 37 ° C with 5% CO.
The medium for culturing consisted of DMEM / F12 medium supplemented with 25 mM HEPES, 2 mM L-glutamine, 2 mM sodium pyruvate, 100 ED / ml penicillin,, 100 .mu.g / ml streptomycin and 10% fetal calf serum (all reagents – “Gibco”). The medium with non adhered cells were removed. Cells adhering to the plastic on the bottom of the flask were gently washed with DPBS, We performed a complete change of medium. Further it was changed every 2-3 days., Culture viewed using phase-contrast microscopy.
As the culture and achievements of subconfluent state, cells tripsinizirovali rastvorom Trypsin-ЭDTA (“Gibco”) and passaged 1:2. For the experiment was used a culture passage 3, 1000000. hole in the tooth.

The quantum genetic information for transmission was read from a human tooth germ by using a frequency-stabilized He-Ne laser with two orthogonal optical modes. Such information is spontaneously converted to a modulated wideband electromagnetic radiation (MBER), carrying the same information, initially recorded at the polarization modulation (spin states) probing photons in the return mode modulated laser beam back into the laser cavity. The theory of this process was published earlier [4].
Symmetrical dog's teeth were removed for canines, and a week later in the experiment, in a remote area of ​​the tooth injected multipotent human mesenchymal stem cells, treated with secondary radiation of a helium-neon laser, phantom bearing genetic information of human tooth bud, in accordance with the theory [4] and model practices [5]. Symmetrical control region of another tooth extraction not treated. That is, the control region of the symmetric tooth extraction remains unchanged. After 9 months a complete dog's tooth regenerated. In the untreated control extraction area, there was no tooth regeneration.